Top personalities from the world surfing 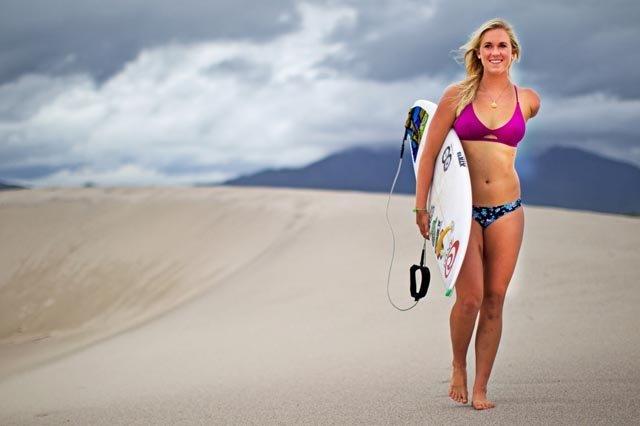 Kelly Slater is currently the best-known professional surfer in the world. These claims are based on the fact that Kelly is the only one who is eleven times the world’s first champion, and has also earned the title as the youngest (at the age of 20) and the oldest (at 39) man at the same time. Kelly earned his nickname “Lord of the Waves” for his accomplishments.

But Kelly is not just an athlete. He is a woman’s darling, a musician and respected environmentalist. Sports Illustrated magazine announced Kelly, “the most sexiest athlete on the planet,” having relationships with beauties such as Pamela Anderson and Cameron Diaz, Kelly says he is very lucky: “I travel for free in the world and people pay for the most that I love – surfing. ”

Kelly Slater also plays guitar, and in the 1990s he founded the band The Surfers, with whom he released the Song of the Pipe album. The name refers to the name of the famous Pipeline beach in Hawaii. He also played with the grunge band Pearl Jam, whose famous frontman Eddie Vedder is his good friend. Kelly admitted: “If I do not play a few hours a day on the guitar, we’re all uncomfortable.”

In addition to surfing and music, “Lord of the Waves” is also actively and loudly supporting the environment, through the Reef Check, for example, protecting the Cliffs of California and supporting the Sea Sheperd Conservation Society to help reveal cruelty to marine animals.

Kelly Slater deserves admiration for many reasons. It is certain, however, that the “Lord of Waves” will remain for some time.

John J. Florence is currently the world’s No. 1 surfer. In 2016 he was awarded the World Championship title in the World Surf Championship and for 2017 he is again a worse candidate for the front of the championship.

John “stood” for the first time on a surfer’s board as a toddler thanks to his mother – a passive surfer, waving his waves for five years, and celebrating the first racing surprise achievements at the age of 13, when he became the youngest surfer of the Hawai Vans Triple Crown of Surfing.

This promising young surfer, in addition to sport, is also involved in his popularization through film screening. Since 2013, Jan has been involved in the creation of several surfers’ films, and in 2016 at the latest he was the film “Let’s be Frank”, which deals with the famous surfer Frank Solomon.

John John Florence is definitely a great surf surprise and one of the fascinating personalities of contemporary surfing.

Stephanie has become the sixth winner of the World Surf League and is one of the best-known professional surfers in the world today. Her surfer’s life began at the age of 10 when she first climbed the bodyboard. At the age of 17, he has won all local surfers’ races and has gradually gained a world title.

In addition to surfing, Stephanie is also actively involved in rescuing oceans and marine animals by participating in the Sea Sheperd Conservation Society. At present it is also one of the leading faces of the ROXY Surf Team.

Stephanie’s most popular wave is Greenmount in Australia, and her biggest goal is: “Never deny the love of surfing.”

Bethany was born into a family of surfers and so she stood on the board in a very young age, and at the age of eight she entered her first surfers’ competitions.

A breakthrough in her life occurred when Bethany was thirteen years old. As she usually went with her friends to surf, she lay down on the board and waited for her wave. At one point, a tiger shark emerged from the water and bit her left arm and a piece of board. Bethany hurried to the shores where friends and medical staff helped her.

Just a month later, he returned to the water and continued his efforts to become a professional surfer. She has fulfilled her dream, and despite her handicap she excelled in many local and national competitions. With his attitude and dedication, Bethany gained great popularity and published a successful autobiography called Soul Surfer.

At present, she is also charitable in the Friends of Bethany Foundation, which supports those who have experienced traumatic amputation. In 2013, Bethany was happily married and from 2015 she is the mother of a small Tobias. Bethany Hamilton is a surfer in the world that symbolizes the true love of surfing.