Ben Cristovao, Reginald and Milan Peroutka on the wave 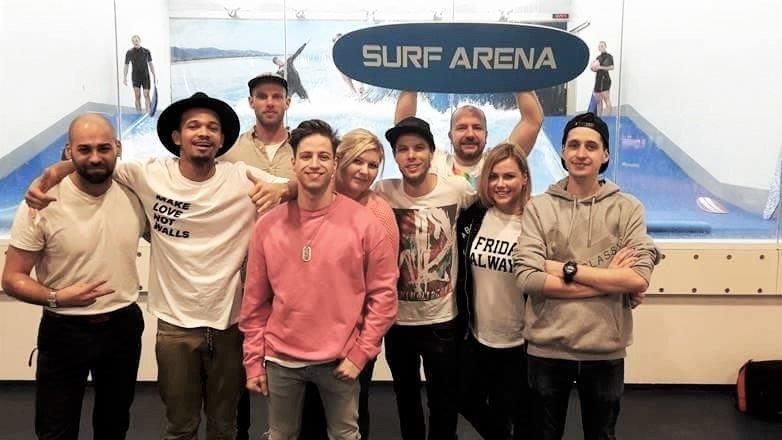 There were three stars of contemporary Czech music scene in Surf Arena on Friday 24th March. A popular singer Ben Cristovao, a young rapper Reginald and musician Milan Peroutka tried indoor surfing under the supervision of our instructors and in the presence of TV Ocko.

The whole day passed in a relaxing mood. The boys strengthened juicy fruit, armed with basic information from briefings and dressed in the style wetsuits pounced on a wave. The boys first knocked out on the bodyboard, where tried every possible and impossible tricks, Ben even almost stood on his head! Then they continued with the indoor surfing each in his own style. There, too, Ben showed his sport nature and after a while he battled on the wave with our instructor. Reginald and Milan fared fairly well and at the end of an hour stayed in the surfing position.

After riding followed by a drink for Milan, who celebrated his birthday, a couple of photos and shared plans for another visit. Individual records of riding you can watch in Mixxxer show on 18th and 24th April and 17th May.